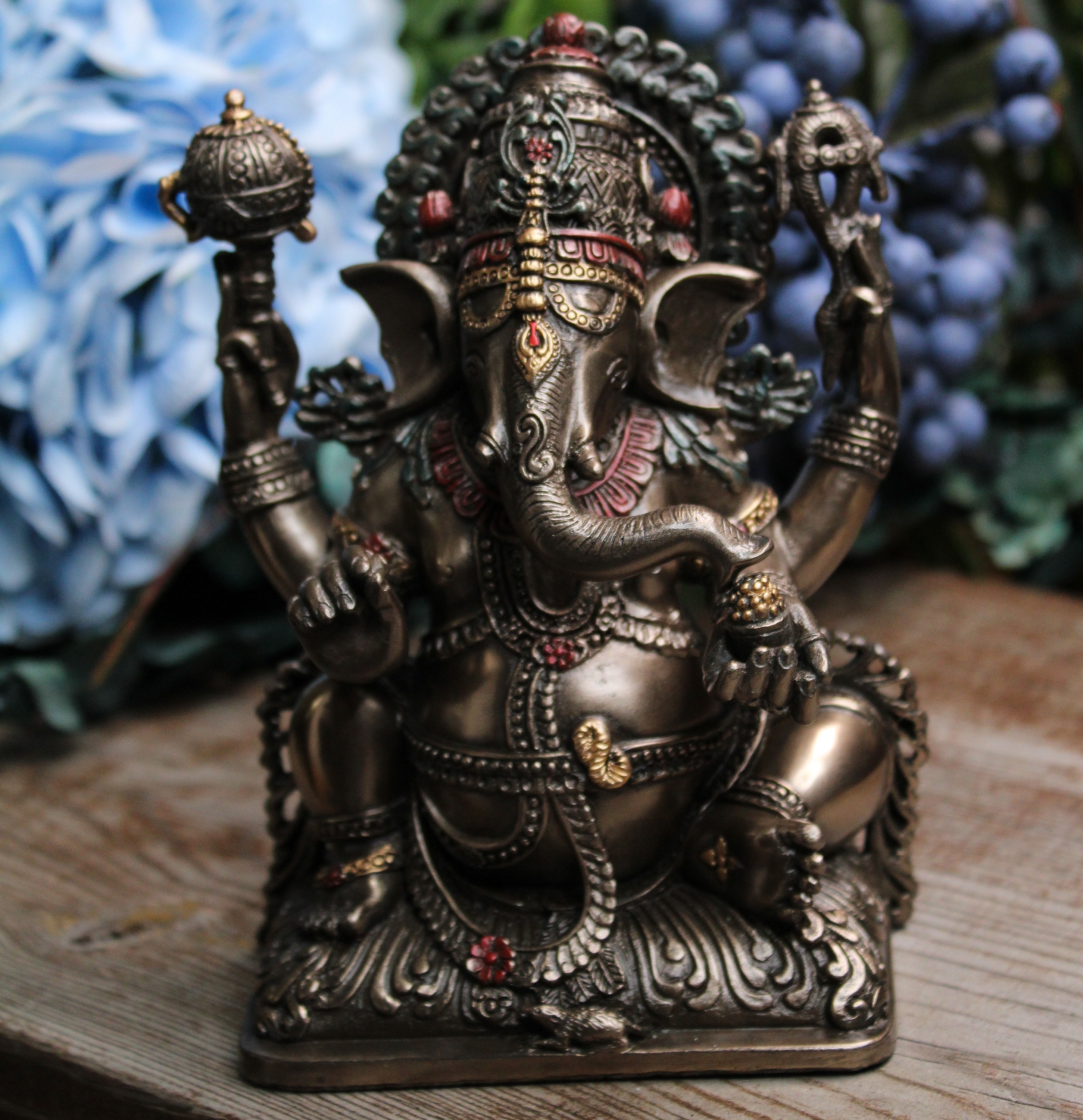 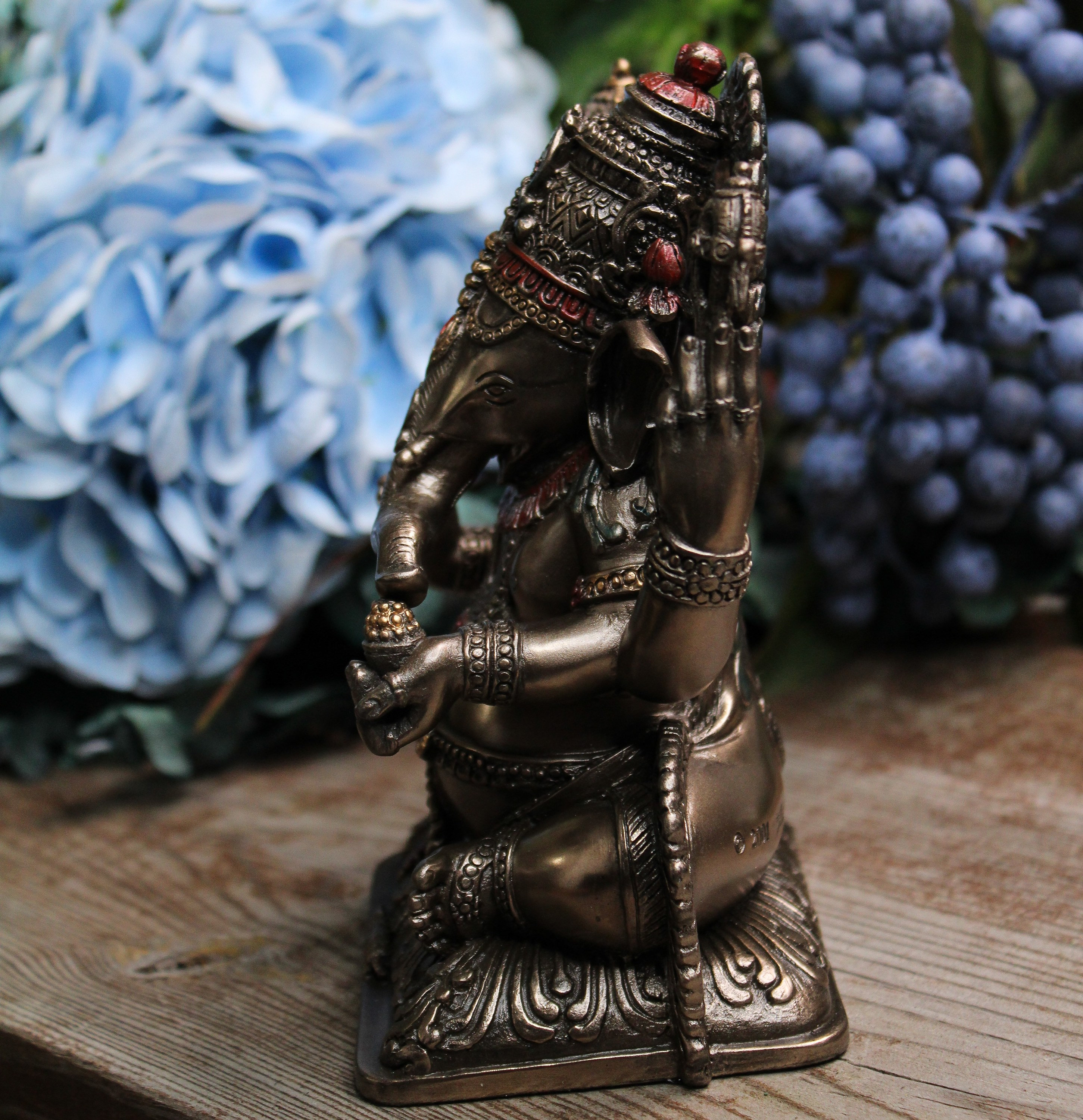 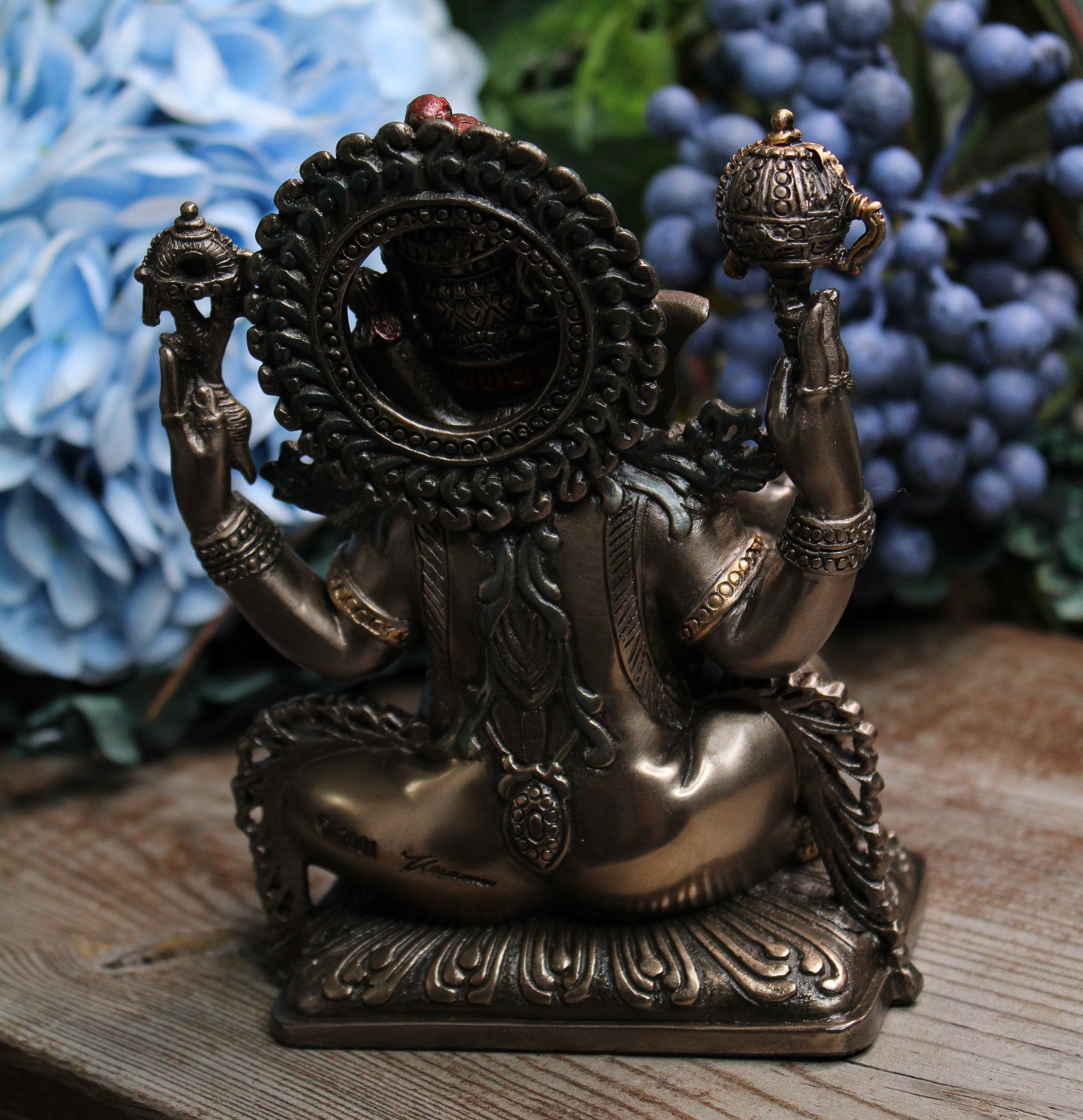 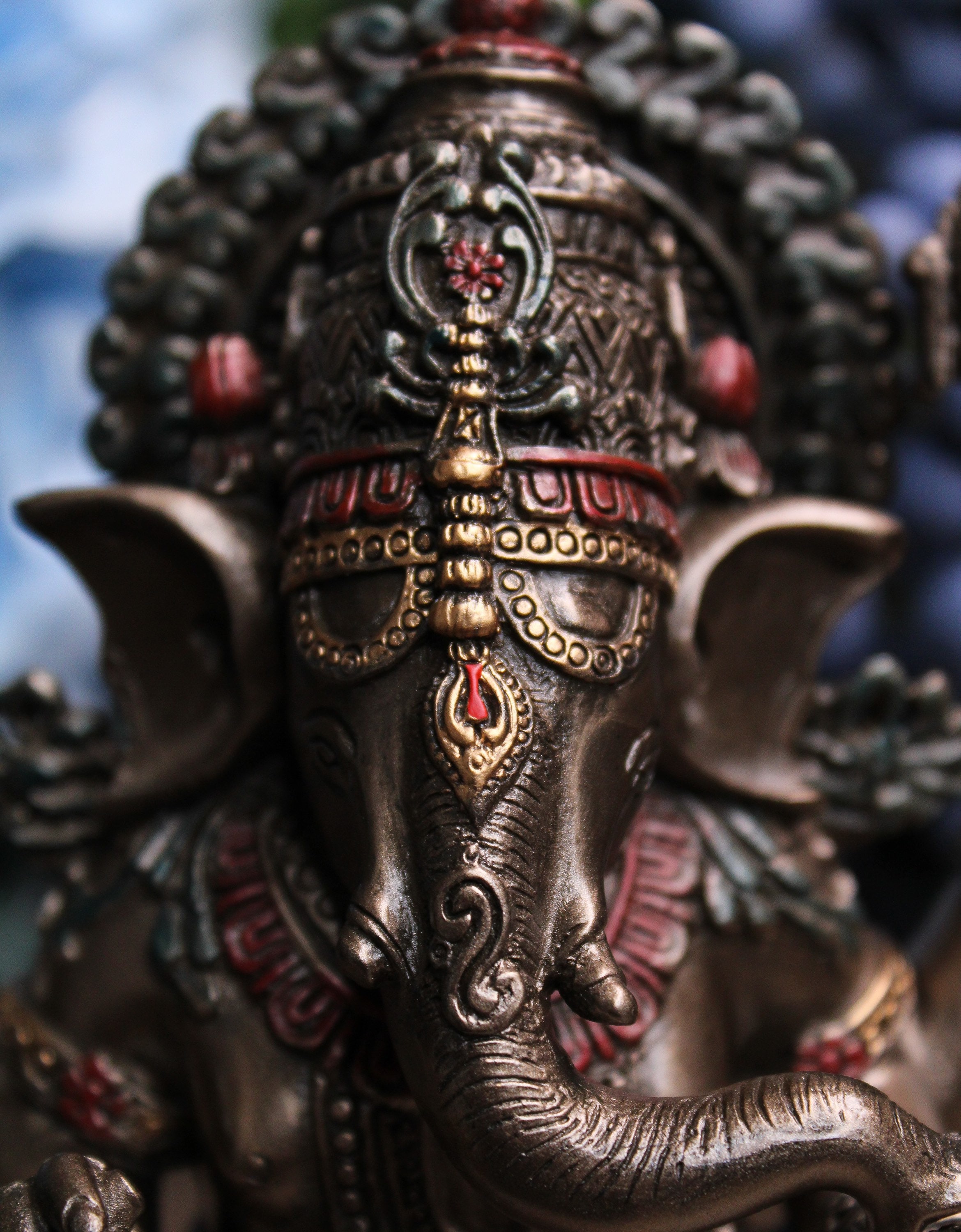 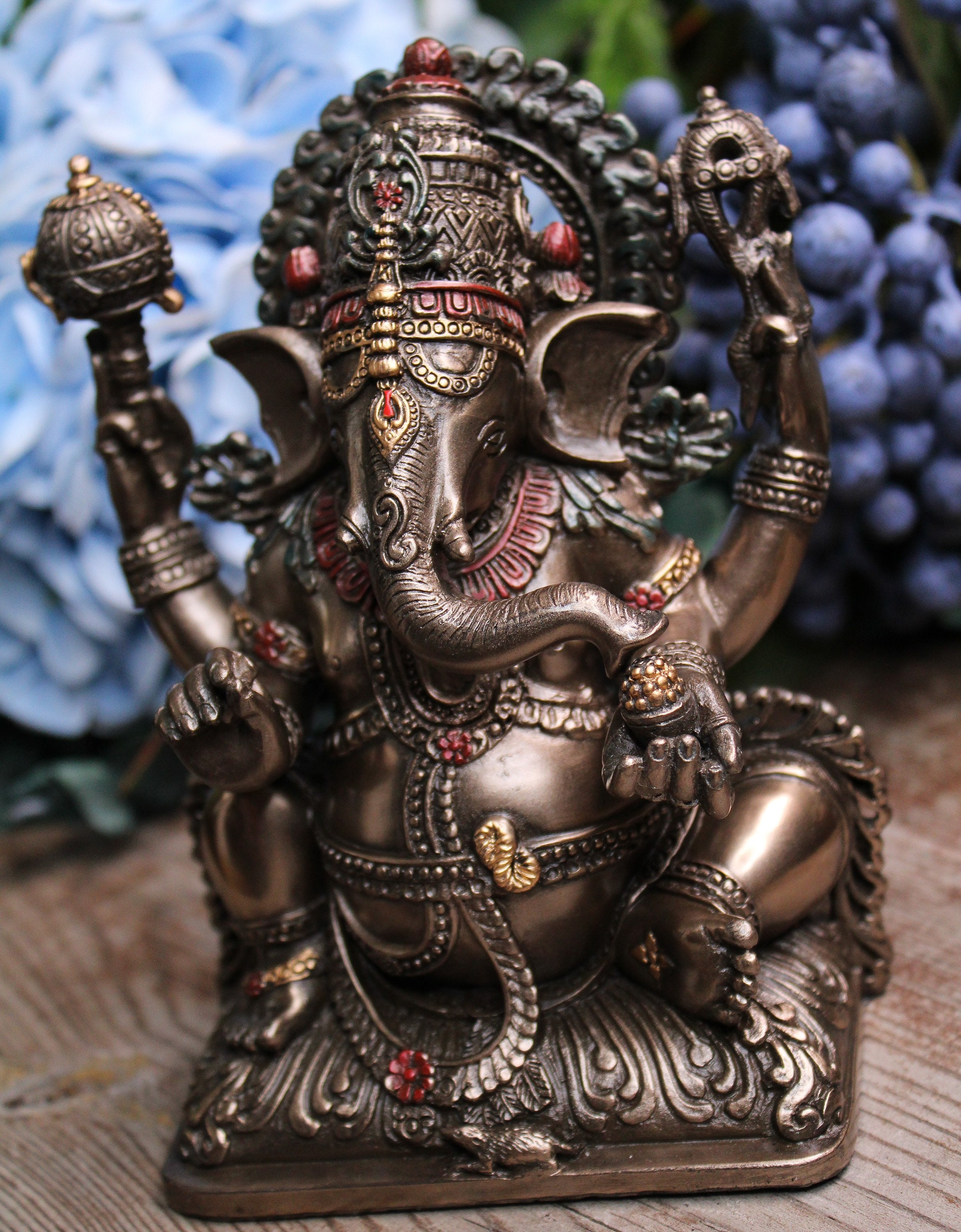 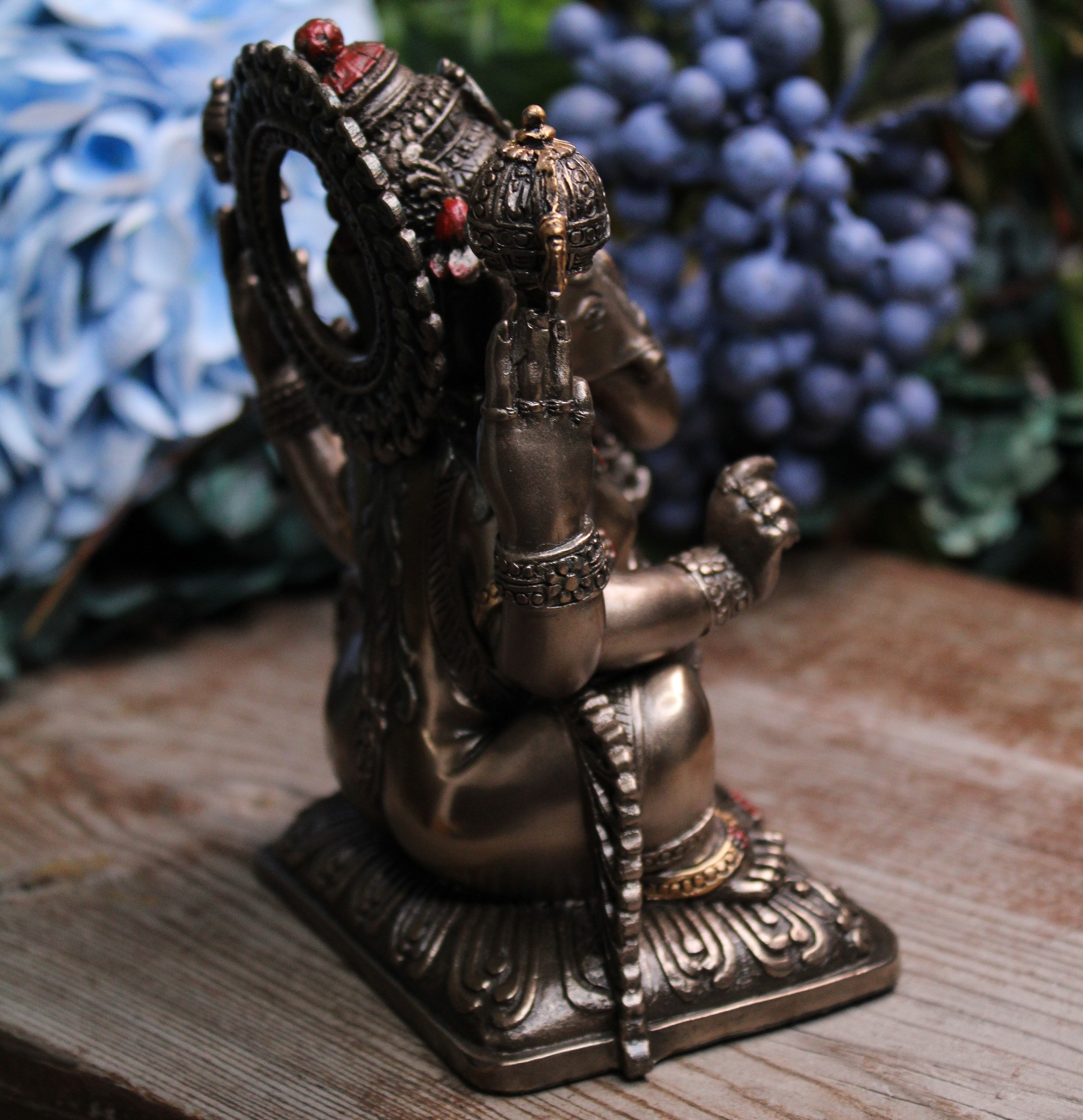 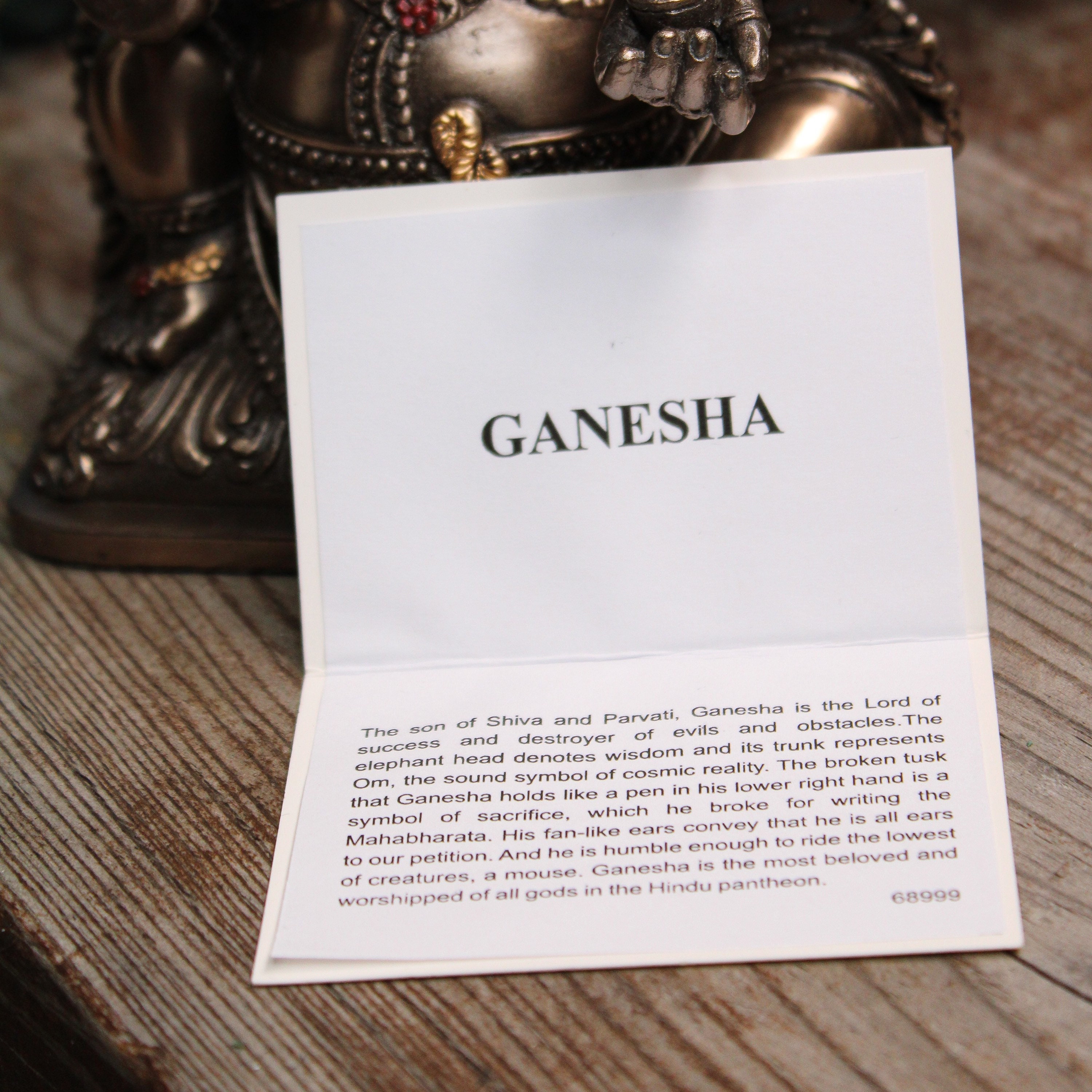 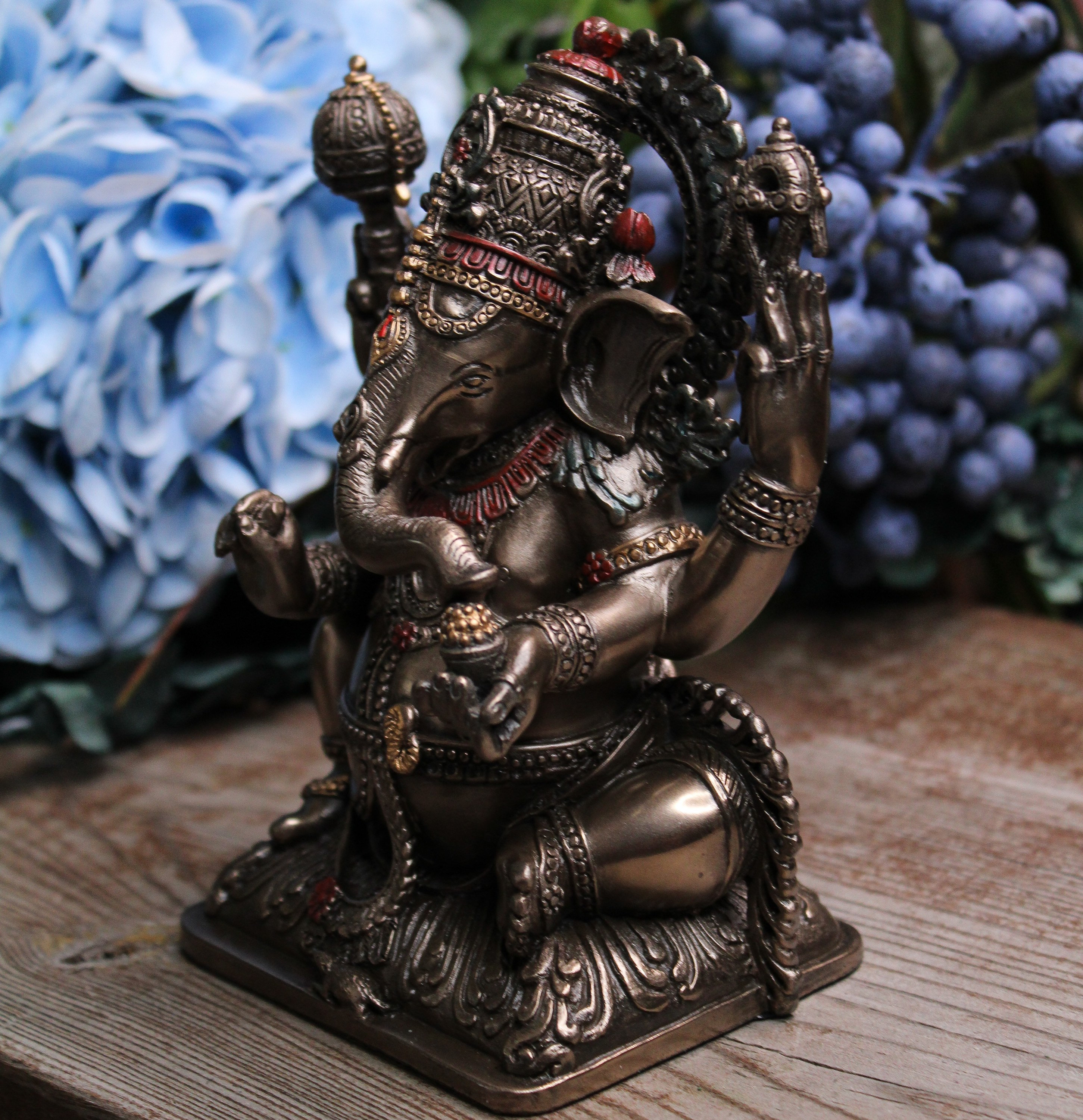 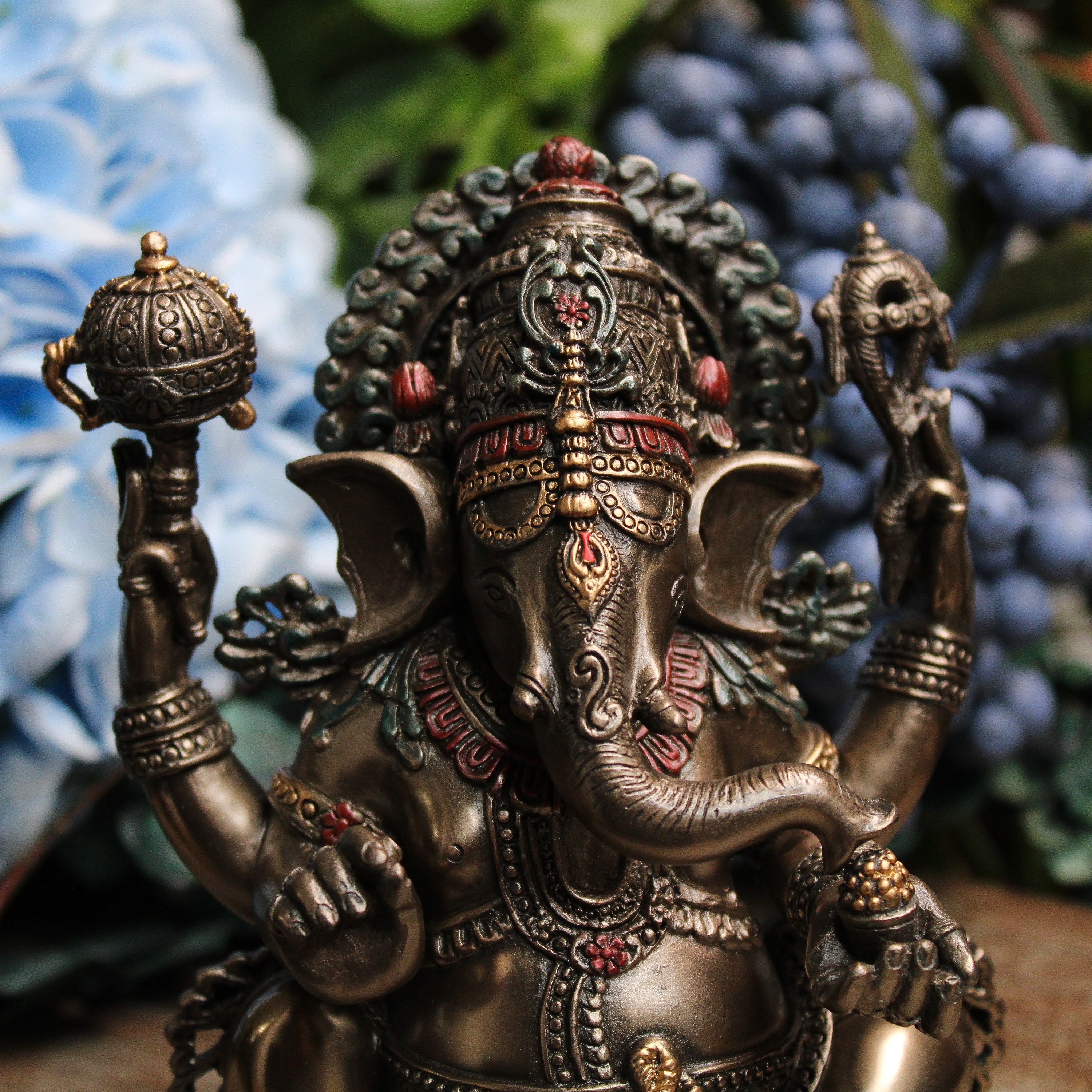 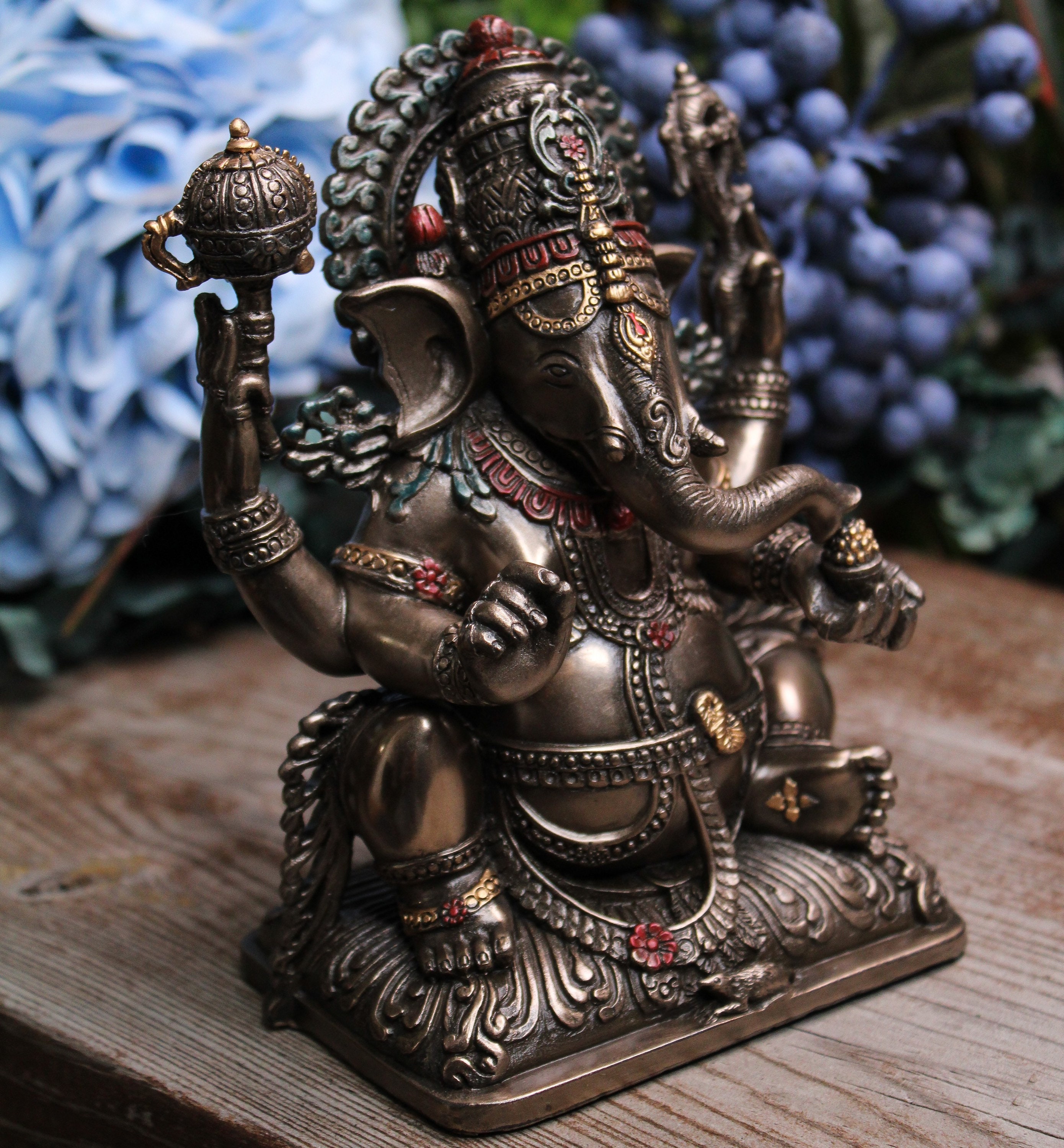 The son of Shiva and Parvati, Ganesha is the Lord of success and destroyer of evils and obstacles.The elephant head denotes wisdom and its trunk represents Om, the sound symbol of cosmic reality. The broken tusk that Ganesha holds like a pen in his lower right hand is a symbol of sacrifice, which he broke for writing the Mahabharata. His fan-like ears convey that he is all ears to our petition. And he is humble enough to ride the lowest of creatures, a mouse. Ganesha is the most beloved and worshipped of all gods in the Hindu pantheon.

Made of resin with crushed marble powder

But please contact me if you have any problems with your order.

0 items in your cart